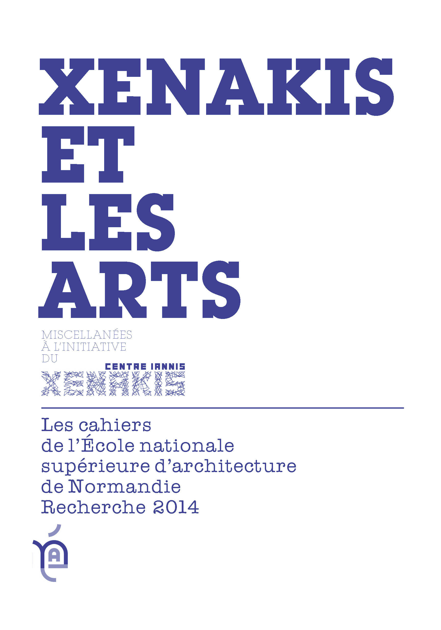 Therefore it seemed only natural for us to co-publish a frist collective work devoted to "Xenakis and the arts."

Iannis Xenakis (1922-2001), the quintessential polymath, never - in fact - acted as a only musician or as only an architect. In fact, he fully played out his own model of "artist-conceptor", inspired both by science and the arts.

In short, like the works and thinking of Iannis Xenakis, the philosophy of this book invites a permanent forum. Having at heart to speak to the careful reading of multiple materials bequeathed to CIX (articles, drawings, correspondence, scores, tapes, photographs, discography, video recordings ...), this is exercised de facto through the interdisciplinary plurality of his own original ideas.

Publication in the prestigious British journal Organised Sound in August 2013 of a feature article on the UPIC by Rodolphe Bourotte and Cyrille Delhaye: « Learn to Think for Yourself: Impelled by the UPIC to open new ways of composing »